Veterans Day: A Day of Honor for Those Who Richly Deserve It

I found his name, touched the inscription on the wall of this young man I never met.

When wounds are healed by love, The scars are beautiful.

At one time in the distant past, most of us had them … solid steel bracelets, curved like a “C” and bearing the name on its surface of someone that, for most of us, was a total stranger. For us, wearing one was a personal statement about the high cost of a country’s choice to wage war.

I found mine a while ago in a box I designate for important keepsakes. I’ve had it since 1969. It’s a Prisoner of War/ Missing in Action bracelet, and on mine is the name of Captain Joseph Shaw Ross, U.S. Air Force. (Photo below, left.) I never knew him, but he’s occupied a place in my heart for all these decades, as I wonder from time to time where his remains lie hidden, how his family back in Kentucky is faring so many years after the Vietnam War ended in 1974. For a generation of mostly young male soldiers in an unpopular war, coming home was not a welcoming celebration, but a time when politics demonized people who had answered the call to serve their country.

Service begins at 10 a.m. All are welcome to worship with us.

Joseph Shaw Ross did not come home. I visited the Vietnam War Memorial Wall in DC, some 20 years after I was given the bracelet. I found his name, touched the inscription on the wall of this young man I never met. And I realized that his remains are resident in my heart. 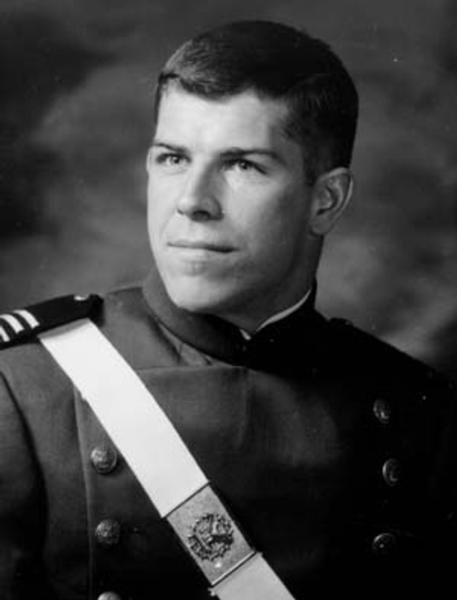 But here’s the important part. Every day we are surrounded by people WHO ARE here, among us. Men and women who understood that their love of country meant, for them, enlisting in the armed services. They are veterans, this Band of Brothers and Sisters, late from other wars, other actions. They’re not looking for adulation for what they achieved and endured for our sake. But in every way on this one day of the year that we honor them, they richly deserve it. Some wear hidden scars of mind and body. Some left behind a limb or their comfort in loud noisy crowds. Some returned intact. But regardless of the circumstances, We the People owe them our respect and support. This Sunday at First Church we honor all veterans and their families who also served by waiting. If you know a vet, why not invite him or her to join us?

Finally, I received a gift this week I never expected. On a website I stumbled upon it - the Virtual Wall of Faces of the Vietnam Veterans Memorial Fund. I came face-to-face with Joseph Shaw Ross. I pray, as he piloted his jet through enemy fire, his soul just kept ascending into the arms of God. His picture is here on this page. May we lift a prayer of thanksgiving for the lives of all who served, and may we thank the ones we can still hug. Blessings to you all. - Pastor Pat Kriss