Protests, and Jesus’ Call to Compassion

Why we march, and how we heal. 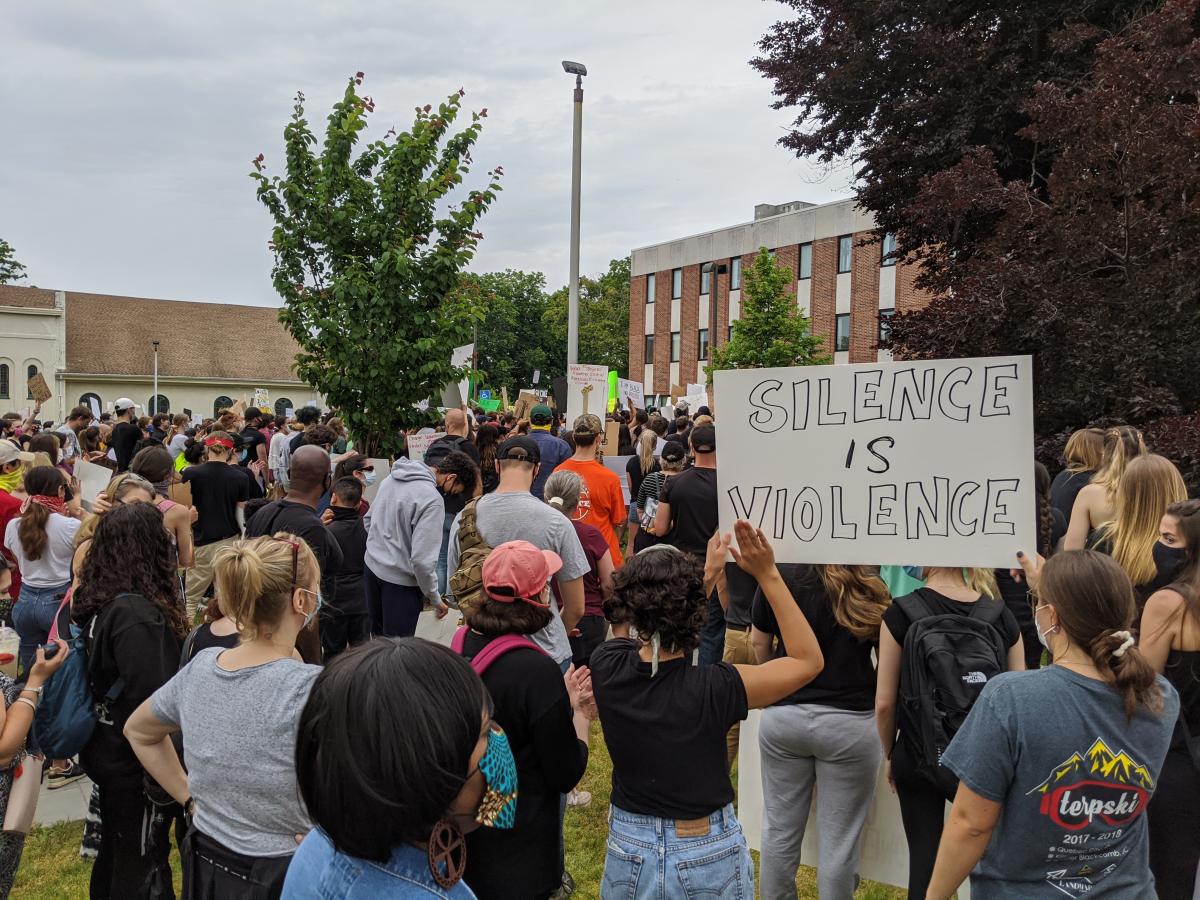 Before Tuesday’s Protest March in Danbury, I was called by a group that lightheartedly called themselves, “a bunch of old ladies with pre-existing conditions.” They asked me if they could stand in front of First Church, where they could support the protestors but also safely social distance because of their health. I told them I’d be there myself.

As the demonstration began and the swarms of young people and people of every age and color began streaming past us, I wondered what the young thought of the gaggle of silver-haired old people on the church front lawn. I suspect, if they noticed at all, we were but a fleeting thought, and even then, we were perceived as anachronisms that probably didn’t understand the passion of this moment, this outrage about abused and killed black citizens. 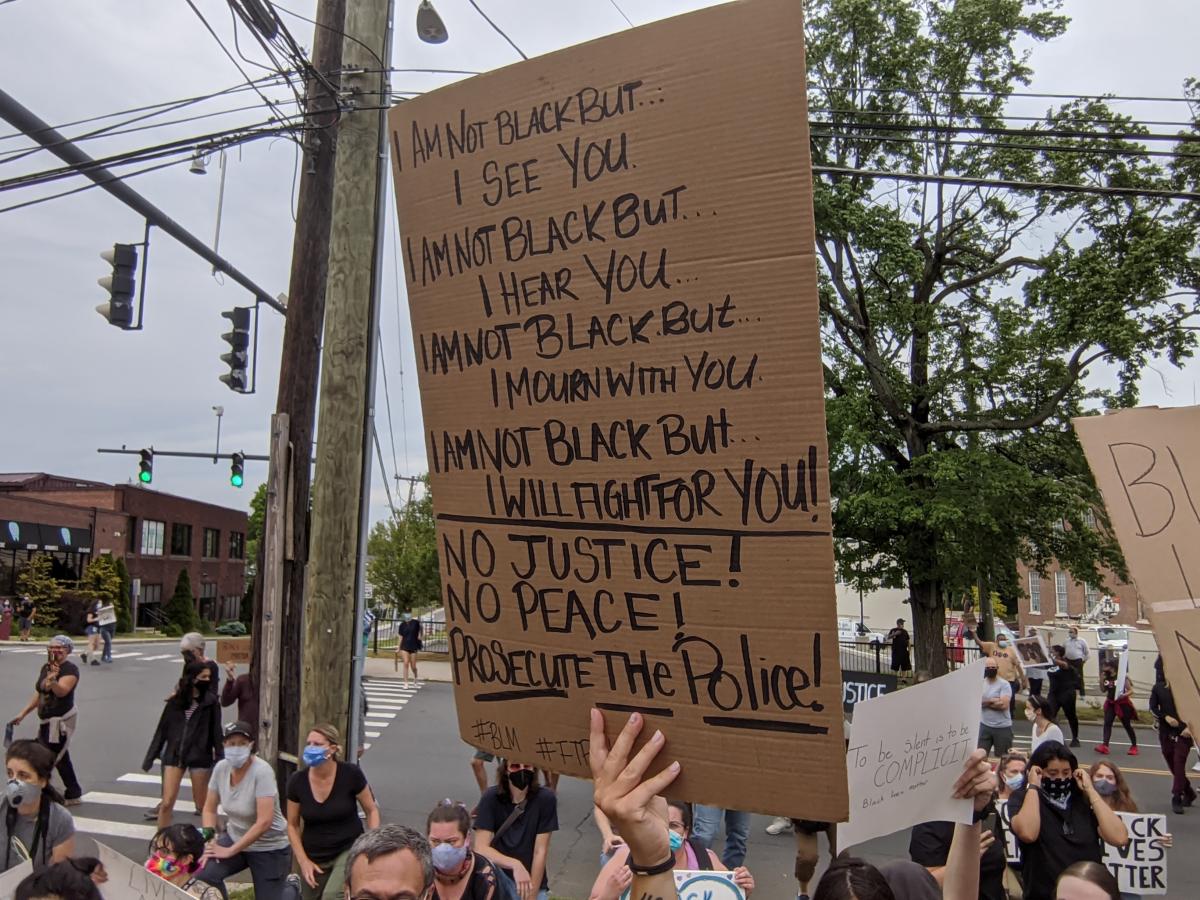 Flashbacks to Youth and Idealism

But then, they wouldn’t know that, back in the day the silver-haired “old ladies” weren’t silver-haired at all, but young marching women, women protesting the use of fire hoses and attack dogs against African Americans who only wanted the same right to sit at the Woolworth’s lunch counter as the rest of the people. These “inconsequential old people” were in their youth marching in Selma, in Montgomery, so that the words of a young preacher who said he had a dream could see that dream realized. We all were having a flashback to our youth and idealism.

Worship Online with Us

Join our Sunday service online via Zoom. (Here's how.) In-church services are suspended in order to help prevent the COVID-19 virus from spreading.

But… I wouldn’t be surprised that some of the people not marching might wonder why OUR church would even show support for such an event as that march. What does it have to do with US? (Even though our congregation is a lovely assortment of colors.)

Well, I’ll tell you why. The man that WE follow, that WE march behind, was a “criminal.” A convicted, most likely brown-skinned criminal in his own time, “according to The Authorities.” His crime was blasphemy, insurrection and claiming that he had a Kingdom he was trying to establish on earth, one built of peace that stood in direct opposition to the violence of the Roman Empire and absolute power of the priests of the Temple.

Yes. He was convicted and executed. The mocking sign on top of his cross said it all: INRI -- Jesus of Nazareth King of the Jews. And for this he received the death penalty.

There’s a parallel here, for the unnoticed and unsung people of color who can receive the death penalty either for minor infractions or no infractions other than being dark-skinned in a light skinned world. Crucifixion is a long, slow process of asphyxiation, until one can no longer breathe. 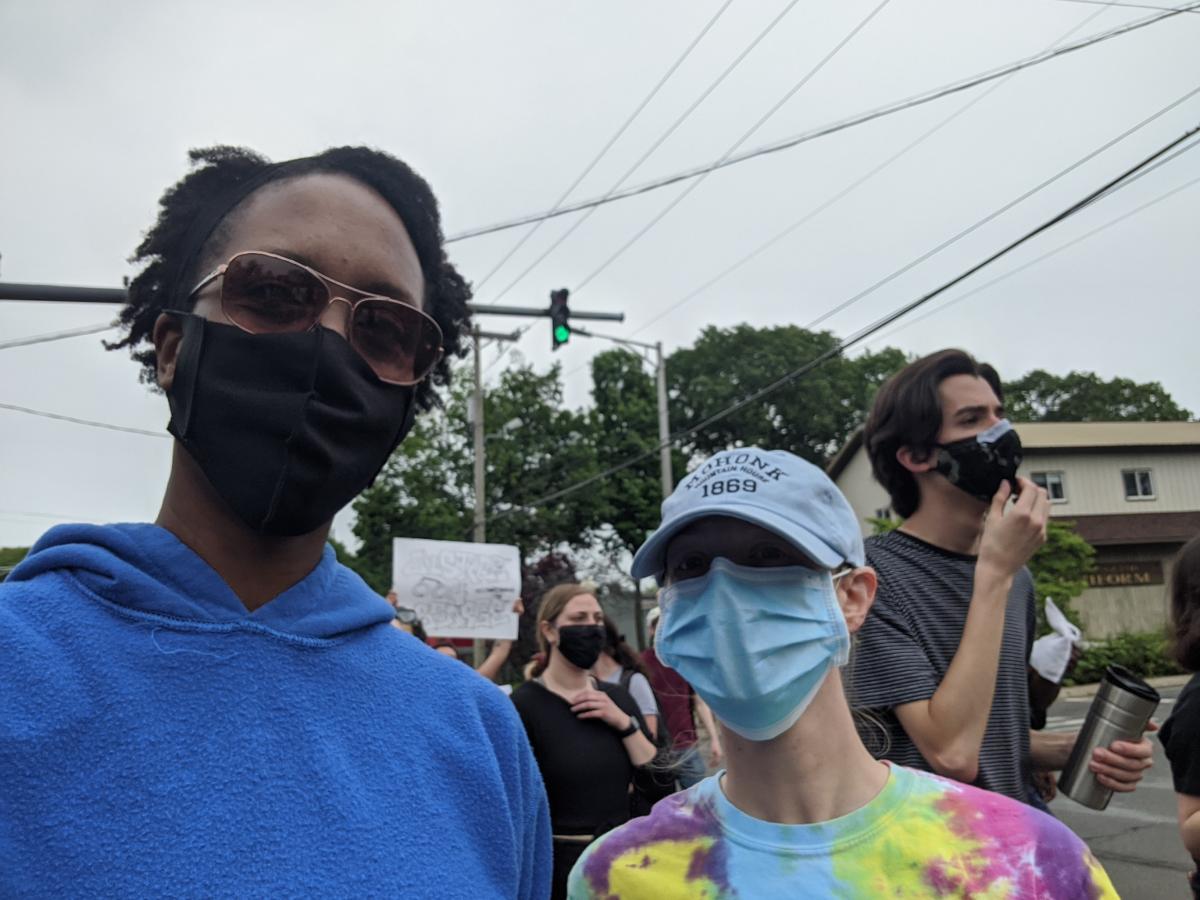 But before he drew his last breath, Jesus had an encounter on that cross that British writer Neil Gaiman raises up to us. He says, “there was only one guy in the whole Bible Jesus ever personally promised a place with him in Paradise. Not Peter, not Paul, not any of those guys. He was a convicted thief, being executed. So don't knock the guys on death row. Maybe they know something you don't.”

I don’t know if George Floyd did something to merit being brought down the ground by the police. What I do know is that whatever happened, it did not warrant capital punishment. I DO know that it warranted compassion rather than extinguishing the life of a human being.

Compassion is the balm that our Jesus Christ offers to all of us sinners. And in this particular case, I’d like to think the last words George heard, outside of those of his dead mother to whom he cried out, were words assuring him of his place in Paradise.

Be kind to one another, folks. We are all we have.

(All photos courtesy of Fanta Waterman.)