Angels and Demons in Art

In Sunday's reading, Jesus acts as exorcist, casting out demons and healing people.

Jerusalem, the city that kills the prophets and stones those who are sent to it! How often have I desired to gather your children together as a hen gathers her brood under her wings, and you were not willing!  -- Jesus in this Sunday’s Gospel

Last night as I was getting in the mood for St. Patrick’s Day this Sunday, I watched all two hours of a PBS special on the Wild Coast of West Ireland. Not only was it nostalgic for us of the trip we took there for our 35th anniversary, but one of the scenes in this beautifully photographed video reminded me about what we will be learning this Sunday, in our service AND in the special Second Hour I’ll be presenting about great art and religion.

In the Irish special program, there was a moment when a family of little seaside birds, plovers, were being menaced by a hungry gull who loomed over the area where the parents had hidden the little chicks in a hole. Within seconds the mother plover ran from the nest site into the field. And there she began to limp and flounder, with one wing out, crying as if in pain. Her intent was to lure the gull away from her babies, and to make him think that her wing was broken and she was “easy pickings” and more desirable than her babies. It worked. The gull moved toward her and away from the hidden chicks, and she also made a clean getaway. This is precisely the message that Jesus delivers in the Gospel this week. He knows the people of Jerusalem are both bedeviled and also easily led astray, and he would do anything to distract the demons away from them, even with his own body. In the end, he does sacrifice himself for them.  In this Sunday, Jesus is acting as an exorcist, casting out demons and healing people. 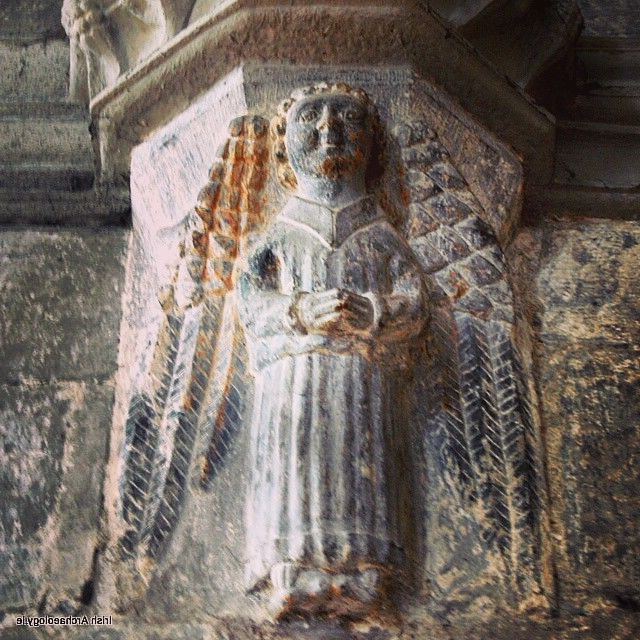 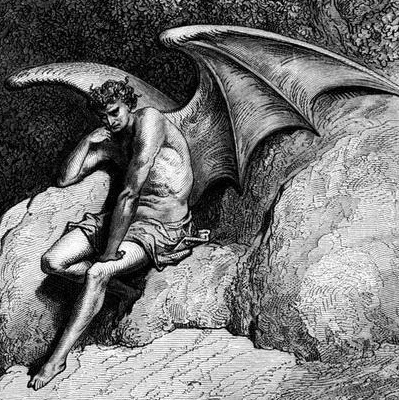 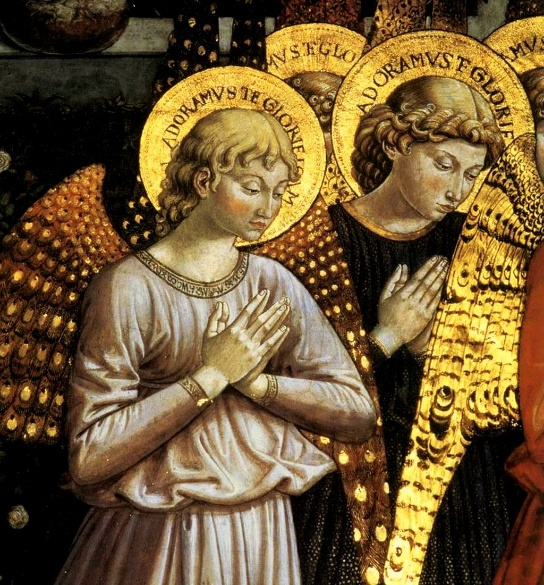 High on the summit of the Mount of Olives, there stands a contemporary chapel, Dominus Flevit. It overlooks Jerusalem near the spot where Jesus wept over the city because of its failure to hear his voice of love. This chapel is teardrop-shaped, its name translating into The Cry of the Lord. Inside on the floor there is a beautiful mosaic of Christ as the hen, protecting her chicks, drawn directly from this gospel. (A similar image appears at the top of this article.)

This Sunday, we will take a look at some of the great works of art that portray two kinds of messengers: angels and devils. Throughout the history of Judea and Christianity, we see these images in art and in churches, and might not understand their significance in our own belief system. I’ll be presenting a tour of these ideas during Coffee Hour, and will surprise you with some of the ways they have arrived in our lives today. So come and explore beautiful masterworks--- and, I promise, a few Irish images you may never have seen before! ---- Pastor Pat Kriss