She Teaches Confidence -- and Some Music 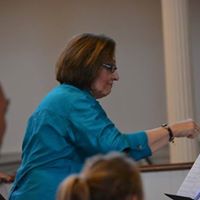 “My elementary school teachers got me interested in the piano, and I took it from there,” Pat Moriarty recalled. (Photo, right.) This passion inspired her career as a music teacher for the Ridgefield (Conn.) school system where she was named Teacher of the Year in 2005. The passion continues to inspire her in retirement.

Parents dutifully attend any number of their childrens’ music performances. Certainly, parents have a unique understanding the effort their children invest in their performances, which is especially rewarding when the concerts and plays are well-executed.

What about people who don’t have a direct connection to the young performers?

The True Value of the Arts

Moriarty suggests that you should not pass up an opportunity to attend the show. She suggests that you look beyond the technical aspects of the performance. “It won’t be perfect,” explained Moriarty, who holds a Bachelor of Science degree in Music as well as a Masters of Music Education from Western Connecticut State University. “Look for the children who are doing their best, and who enjoy the process.”

That won’t be hard to find in her children’s choirs.

Everything the children do in the performance gives them benefits beyond the show. “Singing and playing instruments bolster reading skills,” Moriarty explained. “The hand bells help the children learn how to read music. Getting up on stage develops their sense of self-worth, and allows them to build confidence in themselves as well as their abilities.”

And then there’s social development. Music grants a particularly positive impact upon children who are shy or have special needs. It’s not a stretch to say that you can actually watch children grow as they perform in front of an appreciative audience.

“I have seen children with special needs -- even shy children -- blossom when I give them a part, even a minor role,” Moriarty recalled. “It opens their world to possibilities.”

She explained how a young boy from one of her classes got involved with the Westchester Dinner Theater when he grew up. He eventually moved to New York City and worked on off-Broadway productions.

“He was shy, shy, shy,” Moriarty said. “He needed so much encouragement to get up on the stage.”

Not Your Usual Casting Call

“I never know for sure which show I will ask the children to perform until I see how many I have, their talent levels, as well as their potential,” Moriarty explained. She has a method, but it’s not necessarily an end-to-end process. “I rely a lot on my instinct,” she said. “When I understand what the children like or dislike, I’m able to select music and stories that will set them up for success – even if it does stretch a child’s capabilities in the short term.”

Between her process and instincts, Moriarty sets up the children to succeed, which gives them the opportunity to “take it from there.” 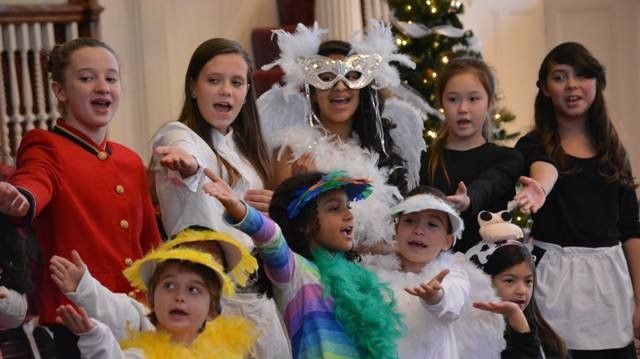 Where to See the Show

The Children’s Choir will perform a 20-minute musical pageant, “The First Christmas (a Musical)." The pageant will be part of the Sunday service at Danbury’s First Congregational Church at 164 Deer Hill Avenue, on Sunday, December 22. The service, which marks the fourth Sunday of Advent, will begin at 10 a.m.

Moriarty also leads the Children’s Community Chorus, which will begin a new season on February 2, 2020. Sponsored by the First Congregational Church, this non-religious chorus is open to all children in grades K-8 throughout the greater Danbury community. Past performances included selections from You’re a Good Man Charlie Brown, a theatrical presentation of The 12 Days of Christmas, and a compilation of Broadway tunes.

In 1960, the congregation approved the constitution of The United Church of Christ and therefore, became a part of The United Church of Christ. Today, we are a community of people who have come together to serve God the way that Jesus did -- by working to make God’s vision of a peaceful, just and inclusive world a reality. We believe that God is still speaking in ways that are grounded in ancient Christian understandings, but which are fresh expressions of the Divine presence in contemporary life.

The First Congregational Church, an open and affirming community, is now in its fifth meeting house at 164 Deer Hill Avenue. The current meeting house, along with its splendid organ, was dedicated in 1909.